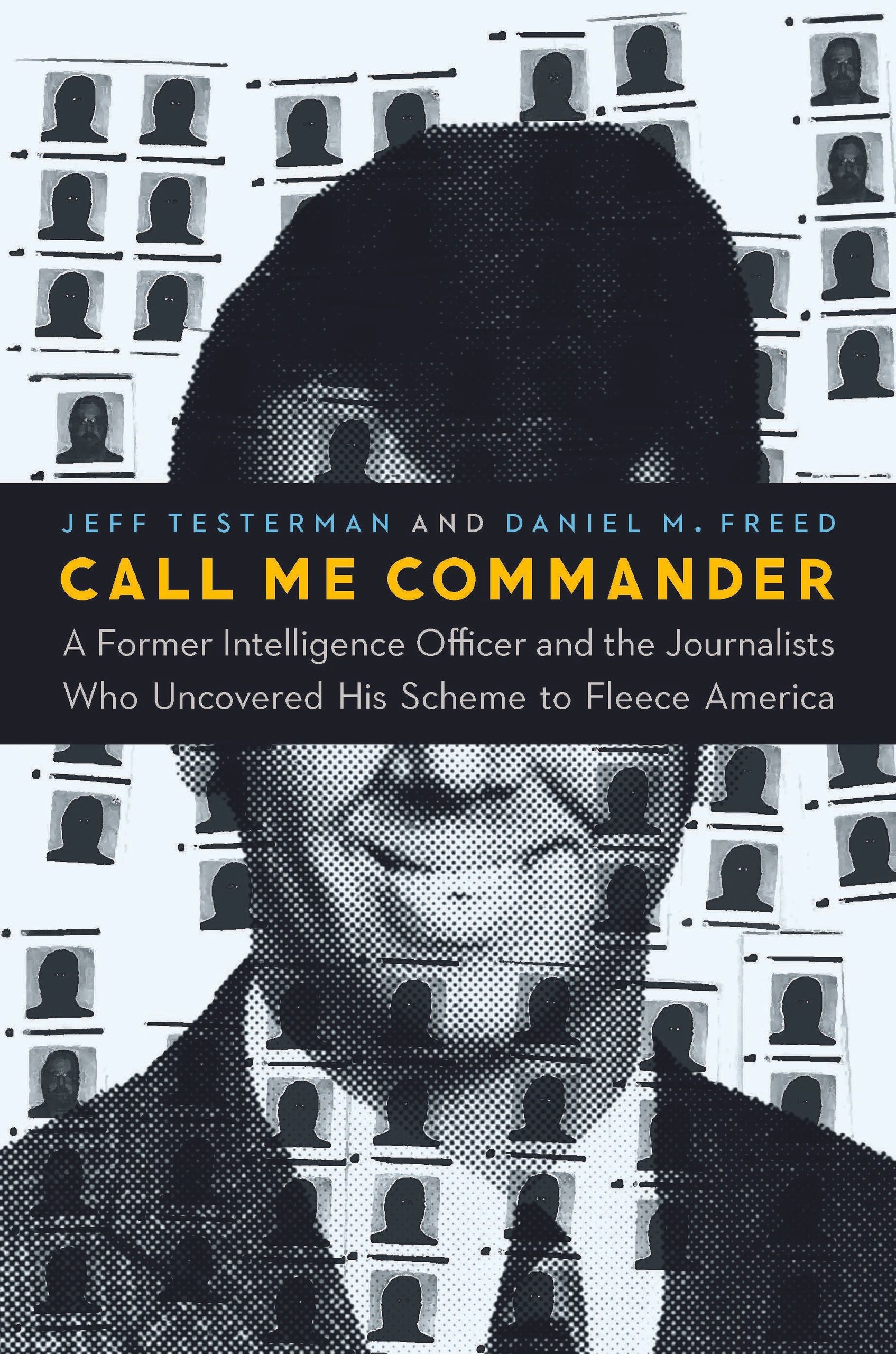 When Lt. Commander Bobby Thompson surfaced in Tampa in 1998, it was as if he had fallen from the sky, providing no hint of his past life. Eleven years later, St. Petersburg Times investigative reporter Jeff Testerman visited the rundown duplex Thompson used as his home and the epicenter of his 60,000-member charity, the U.S. Navy Veterans Association. But something was amiss. Thompson’s charity’s addresses were just maildrops, his members nonexistent and his past a black hole. Yet, somehow, the Commander had stood for photos with President George W. Bush, Sen. John McCain, and other political luminaries. The USNVA, it turned out, was a phony charity where Thompson used pricey telemarketers, savvy lawyers, and political allies to swindle tens of millions from well-meaning donors.

After Testerman’s story revealed that the nonprofit was a sham, the Commander went on the run. U.S. Marshals took up the hunt in 2011 and found themselves searching for an unnamed identity thief who they likened to a real-life Jason Bourne. When finally captured in 2012, Thompson was carrying multiple IDs and a key to a locker that held nearly $1 million in cash. But, who was he? Eventually, investigators discovered he was John Donald Cody, a Harvard Law School graduate and former U.S. Army intelligence officer who had been wanted since the 1980s on theft charges and for questioning in an espionage probe.

As Cody’s decades as a fugitive came to an end, he claimed his charity was run at the behest of the Central Intelligence Agency. After reporting on the story for CNBC’s American Greed in 2014, Daniel Freed dug into Cody’s backstory–uncovering new information about his intelligence background and the evolution of his con.

“If you want to know how white collar criminals get away with heinous crimes in broad daylight, read Call Me Commander, the shocking tale of a massive fraud that wasn’t discovered until some savvy journalists looked into the matter.”

“Call Me Commander shows how [Bobby Thompson’s] scam was constructed and how it unraveled when reporters began investigating. It might also be a cautionary tale about future cons when there are no more local journalists to investigate these scams.”

—Frank Abagnale, subject of the book and movie, Catch Me If You Can

“A wild ride and timely reminder that grifters love to prey on patriotism.”

“Call Me Commander is a riveting account of one of the most twisted con men ever to hustle a buck in Florida, and nobody can tell this tale better than veteran investigative reporter Jeff Testerman, who first exposed the scam, and broadcast journalist Daniel Freed, who discovered the conman's secrets after his capture.”

“Call Me Commander is a classic piece of investigative journalism. It’s the type of work we grew up admiring, but, regrettably—because of declining newspaper revenues—is fading into our past.”

“This is the saga of the phony ‘Commander Bobby Thompson,’ who paid esteemed lawyers and famous politicians to help him swindle tens of millions with a bogus veterans charity. It is also the inside story of tenacious reporters who brought down a colossal con and revealed the stunning true identity of the character behind it. The narrative sends a powerful message: now, more than ever, journalists are needed to help distinguish between what is real and what is fake in American life.”

JEFF TESTERMAN is a retired investigative reporter who spent his career at the St. Petersburg Times, where he was nominated for the Pulitzer Prize five times. He first knocked on the door of Bobby Thompson’s run-down Tampa duplex in 2009. Following a brief but odd interaction with the Commander, he and a colleague spent seven months investigating the USNVA and eventually unmasked the scheme in a series of articles entitled “Under the Radar.” His work on the project earned him the Investigative Reporters and Editors top award for public service. In addition to his series on Cody, Testerman has written about real estate conman Matt Cox, Florida casino king Chief James Billie, a nationwide patient-brokering scandal and numerous other stories of crime and public corruption along Florida’s Gulf Coast.

DANIEL FREED is a senior producer and writer for CNBC’s long-running white collar crime documentary series, American Greed. He covered John Cody’s story for the show in 2014 and was the first to examine Cody’s military records and his various CIA claims. His other work for American Greed has included profiles of America’s best silver thief, a crooked oncologist, corrupt public officials, internet scammers, a family of psychics, and many other tales of financially-motivated crime. Also active in nonfiction television development, a pitch he crafted was produced for Amazon Prime as This Giant Beast That Is the Global Economy by Adam McKay and Will Ferrell’s company, Gary Sanchez Productions, and the Intellectual Property Corporation. His television and print work has been aired or published by PBS, Current TV, The New York Times, and the Los Angeles Times.

Want to hear more? Please enter your email below to receive updates.